Our latest partnerships campaign for O2 Priority sees the brand join forces with grassroots radio station No Signal for a series of masterclasses designed to open  doors to the music industry for today’s young talent.

Founded in Spring 2020 by brothers Jojo and David Sonubi, No Signal Radio operates 7 days a week from the bedrooms of their presenters and DJs. Each week sees approximately 40 shows and over 100 hours of entertainment broadcast internationally, with guest presenters including Julie Adenuga, Ian Wright, Konan, Ghetts, and Ray BLK.

Building a listenership of over 1 million people from across 166 countries in the space of their first 3 months, No Signal has been heralded as the ‘new home of Black radio’ by the likes of gal-dem, The Guardian, RedBull, The Face, and more. They have also received international recognition from the likes of Burna Boy and Missy Elliott.

With O2’s rich history in music, the new partnership formed as a joint ambition to help uplift, upskill and inspire young creatives in music. Our Culture Lab research revealed that for GenZ, a key audience for Priority, feeling like a VIP is about opening doors to opportunities they can’t find anywhere else—access over exclusivity.

Each week will see a new masterclass offered by a different broadcaster or artist:

Available on the Priority app, O2 customers can get access at an exclusive discounted rate of just £1 per masterclass. While non-O2 customers can also buy access to the series via the No Signal website. All proceeds raised will be donated back into the No Signal Broadcast Fund, set to ensure the community and its talented team can continue to raise their creative ambitions by helping to kit out their new studio. 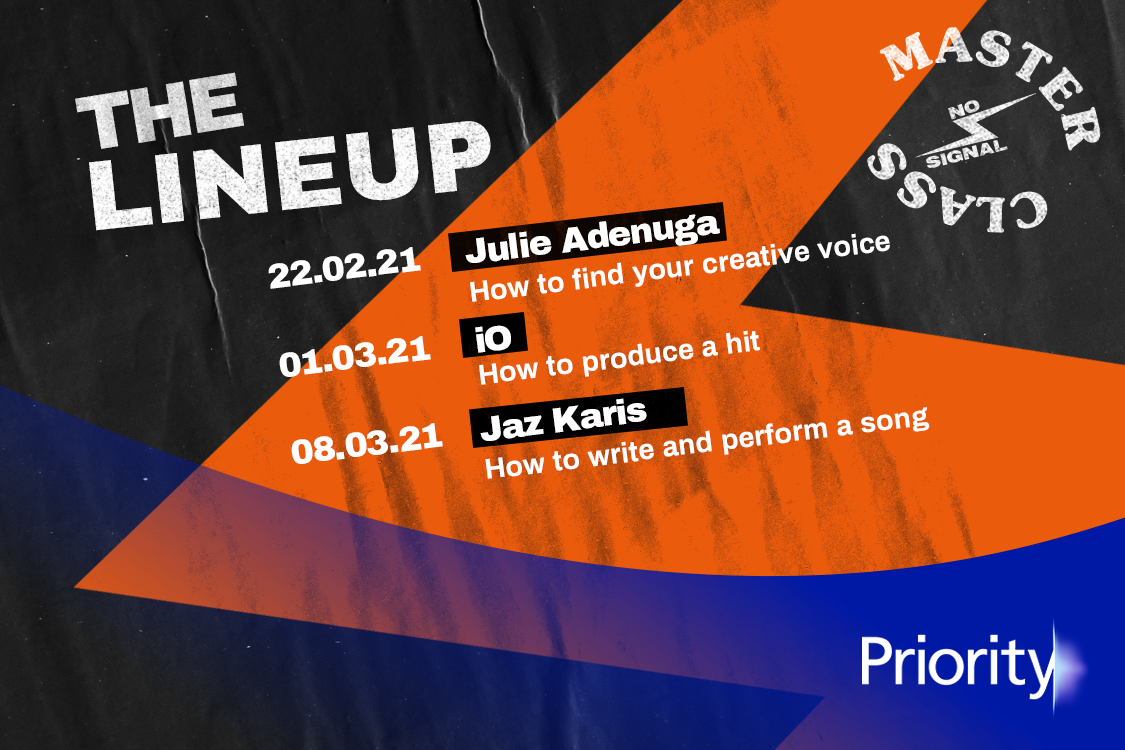